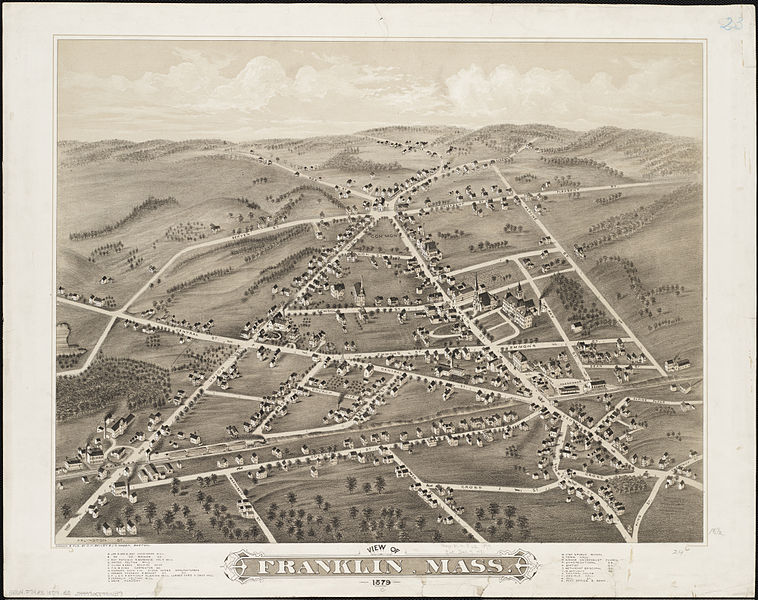 In order to understand the architecture of a town, you must understand its history. First settled by Europeans in 1660, Franklin was officially incorporated during the American Revolution. The town was formed from the western part of Wrentham, and—at its genesis—was intended to be called Exeter. The town citizens decided to switch the name, choosing instead to honor Benjamin Franklin.

Following the town’s naming, citizens expected Benjamin Franklin to donate a bell for a church steeple in town. Instead, he chose to donate 116 books. This gesture sparked a debate over who should be allowed access to the books. In 1790, it was decided that the volumes be lent to residents via the town’s public library—the first such institution in America.

In addition to housing the country’s first public library, Franklin, MA was the birthplace of Horace Mann—the father of public education. It is home to the nation’s oldest, continuously-operated one-room school house; the Red Brick School was started in 1792 and was operational until 2008. Franklin has a complex and decorated colonial history, and many aspects of 18th century America are visible in the city’s architecture.