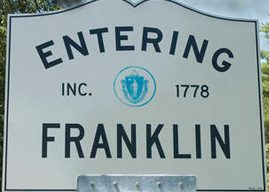 The National Register of Historic Places includes many properties and districts in Franklin County, Massachusetts. Among those distinguished as historic are several notable homes. The Massachusetts Historical Commission is responsible for the protection of the historic buildings and homes and the keeping of accurate records of the properties. If you’re interested in learning about some of the historic residences, you can read about a handful of the houses below. Some of these locations are open for visitors and even have artifacts on display.

Simeon Alexander Jr. House is a Federal-era farmhouse located in Northfield. Many of the original finishes remain in the interior of the house, which the young army soldier Simeon built. The Alexander family were some of the original founders of the town. Both Simeon Jr. and his father served in the military, Simeon Jr. serving in the American Revolutionary War. In 1991, the house gained historic status.

This house is located in Buckfield on a knoll above Upper Street. Asher Benjamin designed the house intended for Major Joseph Griswold. Many social events took place in the house’s ballroom. For some years, Major Griswold allowed Mary Lyon to use the house as a school for women before she later founded Mount Holyoke College.

Designed by Asher Benjamin, the Leavitt-Hovey House was the residence of Judge Jonathan Leavitt. Judge Leavitt served for many years and was the first president of the Franklin Bank of Greenfield. Since 1909, the building has served as the Greenfield Public Library and is part of the Main Street Historic District.

William Whitaker built the house in 1816 in Federal period architecture. Whitaker served in the War of 1812 and was a lawyer and shopkeeper in town. The Clarys bought the house who lived there until the Massachusetts Metropolitan District Commission (MDC) took the home for its location on a watershed. The MDC withdrew plans to demolish the house and sold the house to the historical society for $1. The house is now a Swift River Historical Society museum.